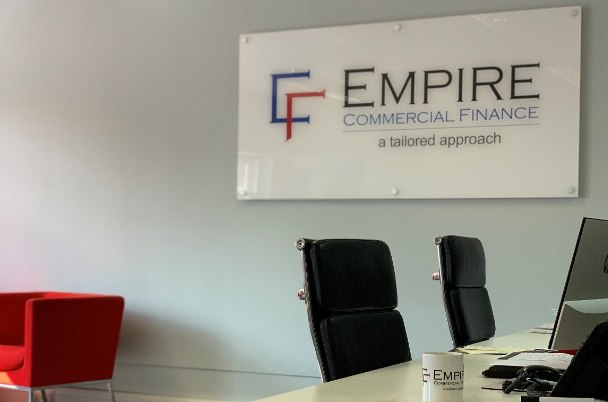 Martin has worked within the North West for over 25 years as a bank manager, looking after large complex businesses.

Matt Davies, founder and managing director at Empire Commercial Finance, said that Empire was proud to further expand its team as it increased its focus on providing a first-in-class service to its clients.

“Martin has a real strong work ethic and I’m really looking forward to him helping me grow our business,” said Matt.

Martin added: “I have known Matt for over 10 years, having previously worked with him at RBS —during that time we had a great working relationship.

“I’m relishing the new challenge to work alongside Matt and the rest of his team to provide world-class lending solutions to UK SMEs.

“When you walk into the Empire office, there is always a real buzz about the place, and this is something I can’t wait to be [a] part of.”

Scott brings with him 15 years of banking experience, which Matt said would add further expertise as Empire continued to expand its horizons.

“Scott is highly experienced in managing client’s complex financial requirements and will be a valuable addition to the Empire team,” said Matt.

Scott added: “I am delighted to be taking up the opportunity to support the continued growth of Empire Commercial Finance as [it] broadens [its] already first-class offering.

“I’m excited to be working with Matt and his experienced team, and look forward to growing the client base further and supporting the high levels of service Empire provides.”

LendInvest has provided a ¬£348,000 refinance on commercial land in Southend, which had its sale delayed due to Covid-19....

HM Land Registry has revealed that it will soon start accepting witnessed electronic signatures and will take steps to ensure that digital signatures can be used....

Some 63% of brokers suggested that they would be likely to maintain flexible and more home working even once the pandemic is over, according to United Trust Bank‚Äôs most recent broker sentiment survey....

The chancellor of the exchequer, Rishi Sunak, has announced that from today, the government has raised the stamp duty threshold to ¬£500,000 in a bid to drive growth and support jobs across the housebuilding and property sectors....