The team set to grow Pivot's loan book fourfold this 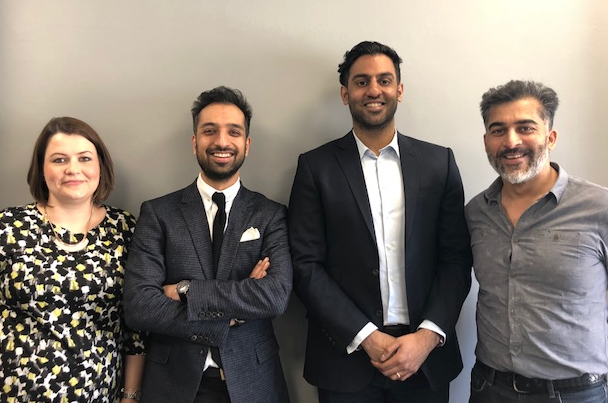 Earlier this year, Bridging & Commercial reported that Pivot had secured a major institutional funding line from Shawbrook Bank and Insight Investment, putting the short-term property lender on track to achieve a 300% increase in volumes this year.

Following the news about its £50m boost, Bridging & Commercial paid a visit to the London-based lender’s offices to find out more about the team behind Pivot and how it was planning to up its share in an already-saturated market.

Pivot – which has been working under the radar since launching as its existing brand in 2016 – was born out of a much larger group, including digital property fund manager Propio.com, construction company Area 29 and block management business and property development business Fruition Properties, which employs a team of around 50 and delivers between £50-100m a year of mixed-use development.

“We never actually had a brand name for Pivot back then, we were lending to someone else, who was then effectively writing loans under their name,” Mani explained.

The name formally changed to Pivot in 2015 just before appointing its current CEO and principal Shahil Kotecha.

Prior to Pivot, Shahil spent the majority of his career at PA Consulting, where he worked his way up to director level within just under 10 years.

“Being a management consultant, one of the benefits is I have probably worked for about 70-80 different companies in financial services,” Shahil explained.

His previous experience heavily involved process improvement and business design, which was exactly what he was tasked to implement when arriving at Pivot.

“In the bridging sector, we are innovative in devising customer-centric bespoke products – but when it comes to actual processes and the way we operate, the industry is behind others in financial services.”

Shahil explained that getting enough information on cases upfront would result in the end-to-end processing times being shorter.

“The way that we process things internally, everything is very much technology led and template-driven, so we get consistency.”

Despite this, the lender highlighted it still takes a qualitative approach to case structuring and risk assessment.

Shahil’s passion for technology and how it can improve processes has also been a major part of his plans.

As a result, the lender has built several proprietary tools and systems, so the sales and underwriting teams can move quickly.

Pivot is also set to launch a self-named app which will include a calculator tool, enabling brokers to get an indication of rate and have an even faster route to the sales team.

Vishal Dixit, head of business development at Pivot, added: “My job at enquiry stage is to basically gather as much information as I can as possible, then I will make a decision once we’ve crunched the numbers.

“I aim to get rates over within 10 minutes, that will be indicative, but also based on the information that has been provided to me right there and then.”

Another way Pivot is using technology is by raising bonds through its investment platform Propio, which launched in November 2017.

“At the moment, we have had about £5m that has come through Propio,” said Shahil.

“The last few Pivot bonds we have raised via Propio have been oversubscribed.”

Alongside using technology to achieve sharp processes, the company hired Sarah Jackson as head of underwriting in 2016.

Sarah spent the majority of her career at Bank of London Middle East and previously worked at Masthaven.

“Looking back, I had experienced a bit of everything … it was an all-round experience which I think has proved really beneficial to my knowledge.”

Sarah spent her first year at Pivot putting all the processes and policies in place, ensuring that the business was handled correctly from sales enquiry to redemption.

“Coming from my background of banking, one thing I am really passionate about and I’m always driving home is governance,” Sarah explained.

As a result, the lender operates as if it is a regulated firm, despite not being one.

Sarah added that the underwriting processes were not kept separate from sales.

“There’s not the brush off you normally get from sales.”

Vishal stated: “I will discuss everything with credit from an early stage whenever there are any quirks just to ensure that there are no barriers if the case was to progress.”

Sarah, Shahil and Mani all sit on the lender’s credit committee, which Mani believed brought a good dynamic.

“And I think that gives us a well-positioned view on risk.

“We want to do everything that we can do bringing our experience to assist that person to go through the process.”

And this expertise is something which Pivot believes helps it to stand apart from other lenders in the sector.

“Our biggest differentiator is, it’s not just Pivot, we are part of a property group,” Shahil added.

With the powerhouse behind the lender, it is well positioned to increase its book this year.

However, it can consider loans above 70% LTV and has written up to 76% LTV.

The lender also differentiates itself in the market by considering first-time developers and can lend when there are complex ownership structures, such as multiple SPV’s, offshore SPV’s and UK-based and overseas trust structures.

“I think we will conservatively grow our book three to four times the size that it is now by the end of the year.