FIBA conference: Bridging rates predicted to go as low as 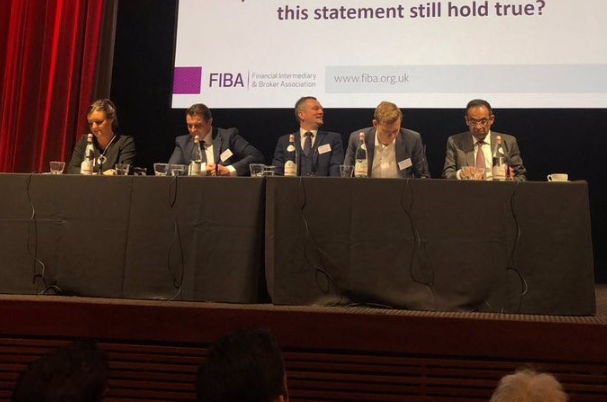 Richard Deacon, sales director at Masthaven Bank (pictured above, centre), believes that interest rates in the bridging market could drop to as low as 0.2%.

Richard’s views were aired at the Financial Intermediary & Broker Association’s (FIBA) launch event and inaugural conference, where a panel of experts discussed competition in the bridging industry.

The audience at the FIBA launch event and inaugural conference

Commenting on whether interest rates have dropped low enough within the bridging market, Richard said: “I can see interest rates dropping even further for certain lenders.

“You look at Market Harborough [Building Society], you look at InterBay [Commercial] rates, certainly on the prime residential side of things, 0.3%, 0.4% I can see them going lower.

“Those [rates] would be on a low-risk, residential vanilla deal.”

Richard continued: “I think the customer on the vanilla deals would get the lower rate and I truly believe that rates will go down, but it’s all about the risk element and the risk [to] lenders, ourselves on the panel and the other lenders in the room as well…”

Paresh added: “If you keep lending at higher LTVs and taking bigger risks, then something has to suffer, and I think that is the cycle where the bridging lenders will disappear, because of this pricing and defaults."

“I think as an industry we should try to hold the pricing,” Paresh concluded.