How a rise in institutional funds has changed the P2P 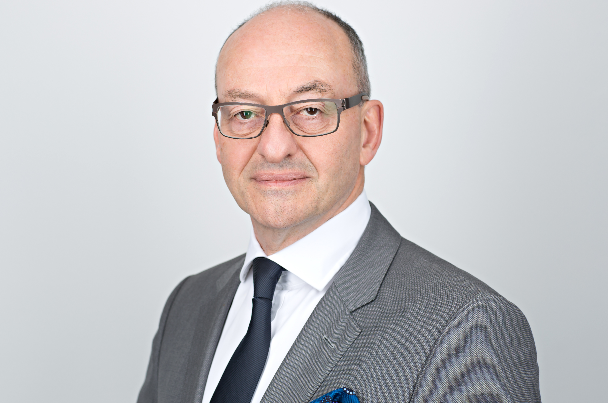 The origin of peer-to-peer (P2P) was about individuals providing funding to individuals.

A many-to-many model that works well and in which – much like the US experience – the lender base has changed quite a bit since it started. These online exchanges mostly appeared following the 2008 financial crisis to alleviate the shortfall in lending to individuals and were viable as a result of low-cost technology and fair margins. P2P today embraces lending to SMEs, student loans, personal credit and real estate lending.

Relendex launched its platform in 2013, so can claim to be one of the veterans. When platforms first start, they need to attract retail lenders (individuals) because institutions aren’t interested in these platforms until they scale up. After all, it’s a marketplace and to create it you need to create multiple transactions. Until then, there is no liquidity. And that’s what starts to draw people to these platforms: liquidity. That means funds start to flow, borrowers get their loans filled and lenders get to invest their funds on a regular and increasing basis. Once the model starts to work, the platform begins to build a track record, the loan book becomes meaningful and larger funders start to show up. They want to know about loan book profiles, average returns, default rates and due diligence processes.

In the US, Lending Club started out with only retail lenders: the man or woman in the street looking for a return on their capital. Eventually the institutions began to take an interest in the space, and for good reason. First, the returns were good (averaging around 9% back then). Second, there was a good portfolio spread across thousands of personal loans (mostly from refinanced credit card debt) and the institutions didn’t need to do any administration to achieve that return. What’s not to like?

Some platforms had been accused of ‘selecting against’ retail lenders. In other words, they were accused of offering institutions first refusal on a batch of loans and either the institutions took them up or declined them. If they declined, then retail lenders were offered those same loans. The regulators didn’t like this approach because it appeared to discriminate against the small investor. Regulators always react badly when the little guy gets taken advantage of by large corporations. So now there is more of a level playing field and everyone gets a bite of the same cherry. Since 2010, institutions have taken an increasing share of ‘marketplace lenders’ loan books. Lending Club and Prosper at one time had 65% of their loan books funded by institutions. Today, they have made it a deliberate policy not to exceed 50%. Marketplace lending is predicted to be a trillion-dollar industry in the US in the foreseeable future. Where the US leads, Europe will surely follow.

In the UK, that trend towards institutional lenders has also become evident. Some platforms even have the UK government or local authority funds as co-lenders. Institutions are showing up too. Investment trusts have been created just to lend through P2P platforms. As more platforms receive the accolade of full FCA authorisation, the more the institutions become confident that individual platforms and the sector as a whole is well managed and here to stay. Relendex’s institutional and corporate investors fund about 30% of our loan book. Among these investors are funds dedicated to P2P lending, whose presence is a point of reference and builds confidence in retail lenders because the institutions’ due diligence requirements are fairly strict.

Talking to one European investment manager recently, he told me that he had surveyed all the countries in Europe and their lending markets. Nowhere could he find returns at the low levels of risk that we can see in the UK right now. The sentiment he expresses is a widely held view. As the institutions make their presence felt more and more in P2P, so the platforms will continue to take more market share from the banks. There will undoubtedly be some rate compression, but borrowers will be happy and lenders will still make their margin.

There is a strong case for traditional bridgers and other alternative lenders to work more closely with P2P platforms. Combining the falling cost of online and retail lender funds and institutional money that prefers to use regulated platforms – with the new business networks and origination skills provided by these alternative lenders – there are good reasons to co-operate.

Shawbrook Bank has confirmed it has set aside ¬£45.8m of provisions to provide for potential future loan impairments caused by Covid-19....

Levels of transactions expected to increase ‚Äòmaterially‚Äô in coming months

Assetz Capital has applied for a Pool E Banking Competition Remedies (BCR) ¬£10m grant as it continues to scale its SME lending at pace....

Whitehall Capital Management Limited has confirmed the completion of a ¬£2.3m bridging loan in Peckham, London....